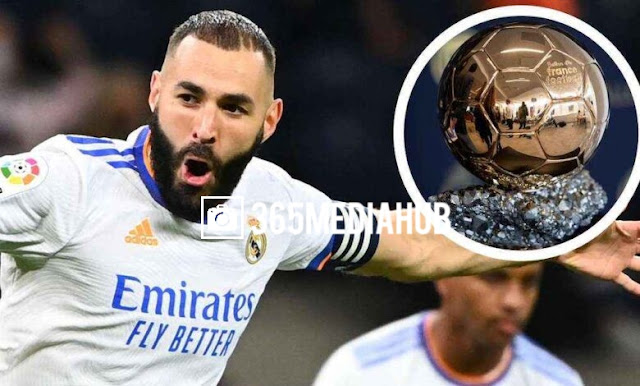 Real Madrid striker Karim Benzema has admitted winning the Ballon d’Or is his ambition right now. The France international has carried Los Blancos in terms of goalscoring for the best part of two years now, and his form so far has been very impressive.

He has revealed that winning the Ballon d’Or award will really make him happy. The player got a recall to his country following his impressive form in his club Real Madrid. Karim Benzema said: “It’s a trophy that all the players want.”

“Ever since I was little, I have been thinking about winning that award. If I am in any way close, then it is because of my teammates.”

Benzema is expected to become domestic teammates with Kylian Mbappe in the Spanish capital in 2022, yet the veteran has spoken glowingly about playing with him at the international level to this point.

The striker speaking about Mbappe said: “I enjoy being with him in the national team.”

He also said: “In the future, why not? He’s a great player, but you have to respect PSG. I have always said it, and I’ll say it again. I hope that we will play together someday.”

Real Madrid’s striker, Karim Benzema wrote his name in the history books of the UEFA Champions League following his performance against Manchester City. The French striker has been in an amazing form since the start of the 2021/22 football season. He showed the class he is made up of when he scored a brace in the Semi-final game […]