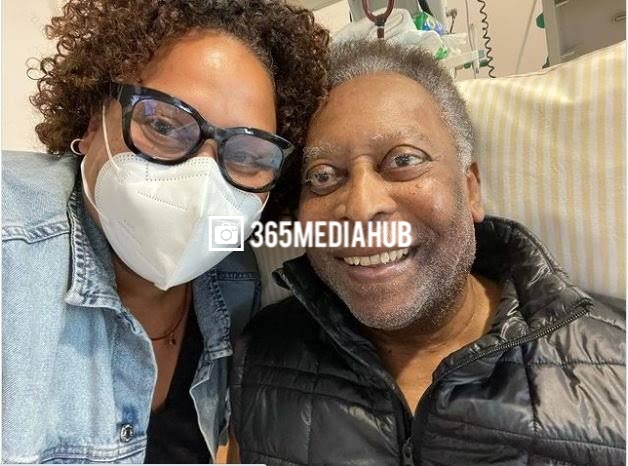 Brazilian football legend, Pele has been released from the hospital after undergoing surgery for a colon tumor.

The 80-year-old former Santos player had the operation at Albert Einstein Hospital in Sao Paulo on 4 September.

Pele who is the only player to win the World Cup three times, left the intensive care unit 10 days later, but was readmitted soon after as a “preventative measure”.

He took to Facebook and wrote am so happy to be back at home. He also said: “I want to thank the entire Albert Einstein Hospital team, who made my stay a pleasant one, with a humane and very affectionate welcome.

Thanks also to all of you, who from afar, make my life complete with so many messages of love.”

His medical team say he will continue undergoing chemotherapy. He had been having treatment at the hospital since 31 August after the tumour was detected in routine tests. His health has been a concern in recent years.

He is Brazil’s all-time leading scorer, he scored 77 goals in 92 games and one of only four players to have scored in four World Cup tournaments.