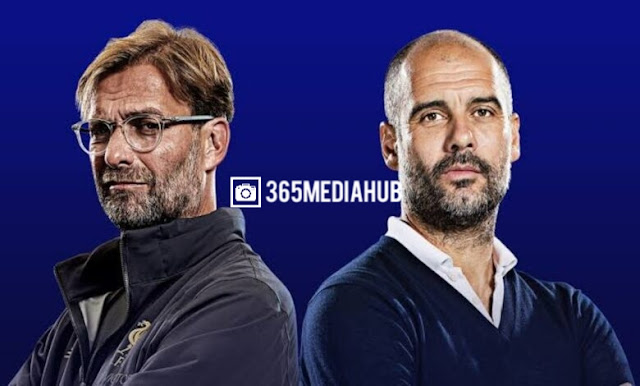 Manchester City head coach Pep Guardiola has come out to say his rivalry with Liverpool counterpart Jurgen Klopp has rather made him a “better manager” and not bad. The manager said this in anticipation of his visit to Anfield for the first time since this season.

Manchester City had only missed out on the title in the past four years when the Reds won it in 2019-20. Pep Speaking about the Liverpool manager said: “Since I arrived here maybe not the first year Liverpool were always there.”

The former Bayern Munich and Barcelona head coach took over at City in the summer of 2016, also faced Klopp, who became Liverpool’s head coach in October 2015, when he was Bayern Munich manager and the German was in charge of Borussia Dortmund.

Pep Guardiola has lost eight games in all competitions against Klopp, which is more than against any other opposing manager.

In that regard Guardiola said: “Jurgen Klopp’s teams helped me to be a better manager,” said Guardiola, whose side go into the game against Liverpool after a league win over Chelsea and Champions League group game defeat by Paris St-Germain.

He also said: He put me at another level, to think about it, to prove myself, to be a better manager. That is the reason why I am still in this business.” “The last four years, all the time, we were both there. It’s the biggest compliment that both clubs were there.”

“But in the Premier League there are not just one or two, there are many teams who can fight for the league.”

Liverpool were beaten 4-1 at Anfield in the league in February when the two teams last met and Klopp knows his side will have to be at their best against City.

Pep Guardiola said playing Liverpool every year gives him a very special feeling as the two teams are very good sides. On the other hand, Jurgen Klopp said: “They [City] are probably the best team in Europe at the moment.

Last weekend they played Chelsea and everyone was talking about how good they [Chelsea] are, which they are, but City was better that day.”

Manchester City have unveiled their new away kit for the upcoming 2021/22 season, with water playing an inspirational role in the design. City’s charity, Cityzens Giving, uses football to raise awareness of and access to safe water across the world, and this new kit has been manufactured to boost that cause. It’s here! ?​ ​Our new away […]

The Manager of Liverpool Football Club, Jurgen Klopp has cleared the air about the recent comments he made about the Africa Cup of Nations. Klopp’s statement was taken out of context when he was speaking in a press conference ahead of Liverpool’s UEFA Champions League game against Porto. “I didn’t mean it like that. I don’t know why you […]