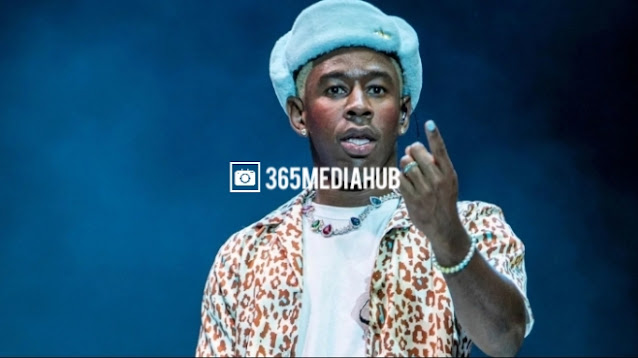 While most of the hip-hop world is still geeking out over Kendrick Lamar’s verse on Baby Keem “Family Ties,” Tyler, the Creator is geeking out but with a bit more access.

In XXL’s fall 2021 cover story, Tyler chopped it up about his new No. 1 album Call Me If You Get Lost, some early rap influences, and the fact that he’s called Kendrick Lamar every two days about his verse, which is reminding him to “just stay weird and stay tryin’.”

“You know why it ruined me? Because it’s someone at that level still gunning,” Tyler said. “He’s trying new voices. He’s trying new shit. He’s still learning. You can tell he was off his phone for a few months.”

The conversation also saw Tyler discuss a few early influences, including the Black Eyed Peas’ first album, Behind the Front, and their track “Positivity.”

The Weeknd’s “After Hours” Breaks Another Billboard Awards Record [Details]

Since Canadian superstar The Weeknd was left out of this year’s Grammys conversation, his fourth studio album After Hours has proven any possible doubters wrong. After Hours, released all the way back in March, 2020, is still putting up gawdy numbers and, in lieu of The Weeknd’s 2021 including a super bowl performance, dropping $70M on a new estate and appearing on Kanye West’s Donda, is […]

365Sports: Check Out The “Carabao Cup” 3rd Round Draw

The Carabao Cup third round stage draws has been revealed, and holders Manchester City will have to travel to West Ham. The Hammers booked their place in the fourth round after beating Manchester United in round three and will face their neighbours now. Sky Bet Championship side Preston will host Liverpool at Deepdale, while Arsenal will play […]

Singer, Akon’s Range Rover Stolen As He Pumped Gas Into The Vehicle

American superstar, Akon has been left devastated after his car was stolen at the gas station. Senegalese-American singer, Akon has lost his car while pumping gas into it.   The incident happened on Monday night, May 24 in the Buckhead neighborhood of Atlanta at a gas station.    According to the Atlanta Journal-Constitution, Akon stopped […]