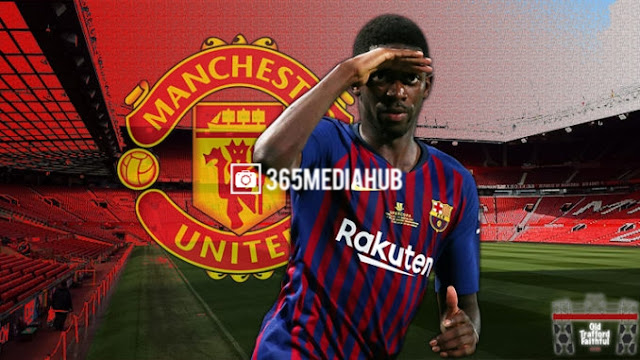 English Premier League to side Manchester United has reportedly opened talks with Barcelona over a transfer swoop for their French forward Ousmane Dembele.

The 24-year-old 2018 World Cup winner has struggled to impact the Nou Camp since his big-money arrival from the German side Borussia Dortmund in 2017 due to injuries.

Last season, he was able to find some form as he scored 13 goals in 48 games, Barca was convinced, so they decided to offer him a new contract.

His current contract with the club will end at the end of the season, and he will be free to leave for nothing.

According to Spanish outlet El Nacional, Manchester United have already made an offer for the France international.

United have allegedly informed Dembele’s representatives of their desire to bring him to Old Trafford on a freebie in June.

Anthony Martial could be the player used for the swap as he failed to take his opportunity in the club.

He could be sold to make room for Dembele within the attacking ranks. United is believed to be demanding around £40m for the Martial, and Inter Milan has already shown interest in the player.

Former Manchester United centre-back Rio Ferdinand has dropped a possible hint that Cristiano Ronaldo could secure his iconic No.7 shirt once he formally completes his move to Old Trafford. United have confirmed that they have reached an agreement with Juventus to re-sign the Portugal international, subject to him passing his medical and agreeing personal terms. […]