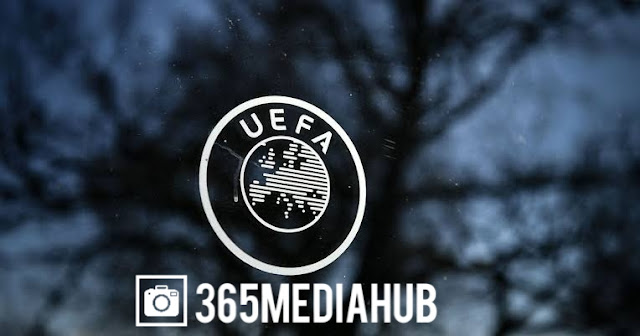 They body governing football in Europe, UEFA has called on FIFA to stop using promotional campaign to get support from football nations.

The executive members of UEFA released a statement on its website, after a meeting on Wednesday, September 22nd, 2021.

According to the statement, it warned FIFA to stop looking for pity votes from nations to help them see the proposal come to reality.

FIFA had earlier in the week said it will host a virtual summit with all its national associations, including those in Europe, on September 30th, 2021.

UEFA started four real dangers that could occur if the proposal by FIFA to host the World Cup is hosted every two years.

(1) The dilution of the value of the No.1 world football event, whose quadrennial occurrence gives it a mystique that generations of fans have grown up with.

(2) The erosion of sporting opportunities the weaker national teams by replacing regular matches with final tournaments.

(3) The risk to sustainability for players, forced to engage in summer high-intensity competitions every year instead of longer recuperation breaks in alternate years.

(4) The risk of the future of women’s tournaments, deprived of exclusive slots and overshadowed by the proximity of top men’s events.

These are just some of the serious concerns that the FIFA proposal provokes at first glance and they cannot be dispelled simply with unsubstantiated promotional slogans on the supposed benefits of a thicker calendar for final tournaments.

UEFA president had earlier expressed his concerns about hosting the World Cup every two years and has threatened that the European countries could boycott the competition.

Nigerian hit maker, Davido has teamed up with Trinidad Cardona and Aisha to deliver “Hayya Hayya” Better Together. Hayya Hayya [Better Together] is the first single of the multi-song FIFA World Cup Qatar 2022 Official Soundtrack. The Theme Soundtrack which feature vocal performances from Trinidad Cardona, Davido, and Aisha is produced by RedOne. The song is built on Arabic foundations […]

Sensational singer Johnny Drille kicked off his show, Johnny’s Room, for the year 2021, and the first stop was in Lagos. Nigerian ace singer, songwriter, performer, and instrumentalist, John Ighodaro, popularly known as Johnny Drille, gave a thrilling performance at his recently held “Johnny’s Room Live III” in Lagos, and we have got the highlights for you! The concert […]