Portugal professional footballer who plays as a forward for Manchester United, Cristiano Ronaldo, has overtaken his Paris Saint-Germain counter, Lionel Messi, as the highest earner in world football. 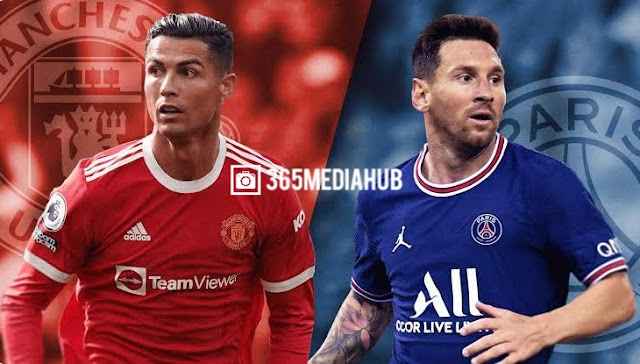 Messi has just joined PSG from FC Barcelona and his current earning is reportedly around €94 million gross, with a salary of €64 million and a lower commercial earnings.

Ronaldo on the other hand had also made a return to Old Trafford after twelve years of leaving the club.

According to forbes in a recent publication, the Portugal National team captain will earn almost €107 million gross, including a salary of close to €60 million and more than €40 million in earnings from sponsorships and partnerships with brands including Nike, Herbalife and the CR7 brand.

Meanwhile, brands currently linked with Messi are limited to Adidas, Pepsi and Budweiser.

PSG duos, Neymar and Kylian Mbappe made it to third and fourth-highest earner behind Ronaldo and Messi respectively.

Neymar’s current earning is €81 million, while Mbappe is currently earning $43m plus adds on.

Below is Forbes’ top ten highest earners in football in 2021-22;

Nigerian hit maker, Davido has just released his much anticipated collaboration music which has The Samples featured in it and we are happy to bring it to your hears from the stable of 365MediaHub. “Stand Strong” is already on all music selling platforms worldwide and you can have access to it here as well by […]

Nigerian music songstress, Teni has recently been up and topping her game dropping new musics for her music lovers, attending interviews and performing her hits and bagging a new endorsement Deal with the popular electronic brand Samsung is a new progress to her career. She has earlier on been endorsed by companies by Budweiser, Pepsi, […]