Aston Martin has partnered with the Little Car Company to build a little replica of James Bond’s favourite ride, the DB5. 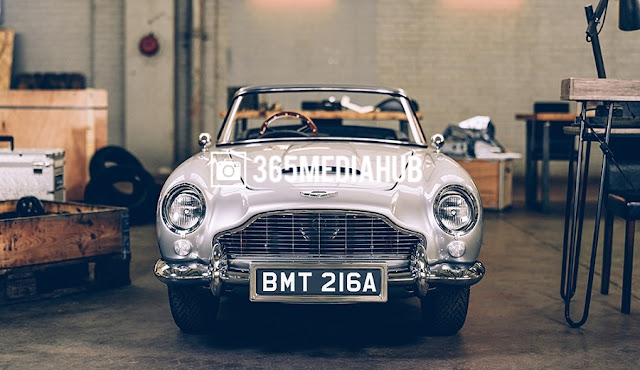 The battery-powered Aston Martin DB5 Junior, No Time To Die Edition comes equipped with all of the James Bond-style devices needed to avoid capture.

It even moves rather quickly and is modeled after the legendary vehicle that James Bond first drove in Goldfinger, but it’s scaled down to a 2:3 size.

Unlike the automobile in the film, this tiny Aston Martin DB5 has no roof, allowing children or even adults to sit inside.

Major features of the mini automobile:

Toy machine guns emerge from the front of the car when the headlights retract.

Rather than the revolving license plate found on the original Bond vehicle, which could display plates from various countries, this model features a digital license plate that can do so.

This limited edition of James Bond Aston Martin DB5 can produce up to 21.5 horsepower and has a peak speed of between 45 and 50 miles per hour.

The car also has various drive modes, some of which have lower top speeds for younger drivers.

According to Aston Martin, the small car will not be allowed to drive on public roads, but owners will be welcome to participate in special driving events at racing courses.

“We’d advise parents to make sure their children wear helmets and are supervised when driving,” said Nathan Hoyt, spokesperson for Aston Martin.

What you should know:

The first appearance of the “real” James Bond Aston Martin DB5 was in the 1964 film Gold-finger.

In 2019, a later version designed to advertise a later Bond film, Thunderball, sold for $6.4 million at auction.

This little version is being made to promote No Time to Die, the next film in the long-running series.

Marcus Rashford To Be Included As A Course In Schools