De Bruyne is now fourth choice as the Premier League champions’ captain, with Manchester City boss Pep Guardiola allowing his players to choose their own skipper through a vote. 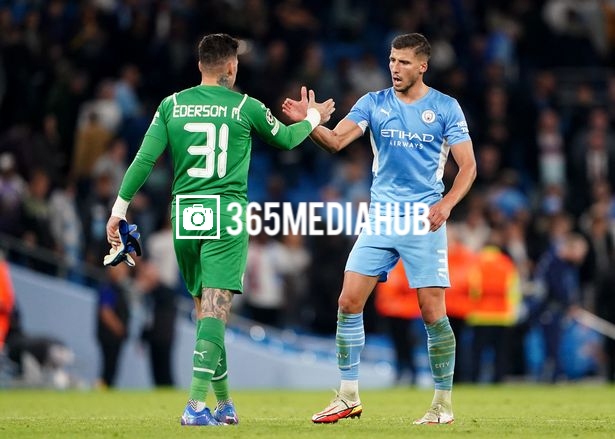 De Bruyne was vice-captain for the 2020/21 season, and often wore the armband with club skipper Fernandinho not always a first-team starter.

City boss Guardiola has allowed his players and staff to choose their captain since club legend Vincent Kompany departed two years ago.

And after the latest vote, Ilkay Gundogan is now vice-captain to Fernandinho, ahead of Ruben Dias, who is third choice and wore the armband against RB Leipzig in the Champions League on Wednesday night.

That means De Bruyne is now fourth choice, according to The Sun.

The Belgian playmaker has been a huge player for City since joining from Wolfsburg for £68.4million in 2015, having helped to club to three Premier League titles, five League Cups and one FA Cup.

But two of his last three campaigns have been disrupted by injuries, while Gundogan and Dias having been among City’s standout players last season.

[quote] He was fine form during the 6-3 win over Leipzig, firing in the delivery that led to Nordi Mukiele’s calamitous own goal that doubled City’s lead.

Raheem Sterling was also not voted into City’s leadership group, having been third choice last season.

Sterling lost his left-wing spot to Phil Foden during the second half of the campaign, although he returned to the starting line-up for the Champions League final defeat to Chelsea.

The 26-year-old has since starred for England in Euro 2020 and the recent World Cup qualifiers, and has been involved in every City game so far this season – although has only made one start.

Ruben Dias wore the armband for City during the win over Leipzig.

PM’s Trip To Indonesia Cancelled Amid Fallout Over AUKUS Alliance

Nigerian duo Kelechi Iheanacho and Ademola Lookman have been hailed by Manchester City manager, Pep Guardiola following their performances in Sunday’s Premier League clash. Recall that before winning 6-3 at the Etihad, City almost threw away a four-goal lead against Leicester. On Iheanacho’s return to Brendan Rodgers’ starting XI, he scored a goal and assisted […]