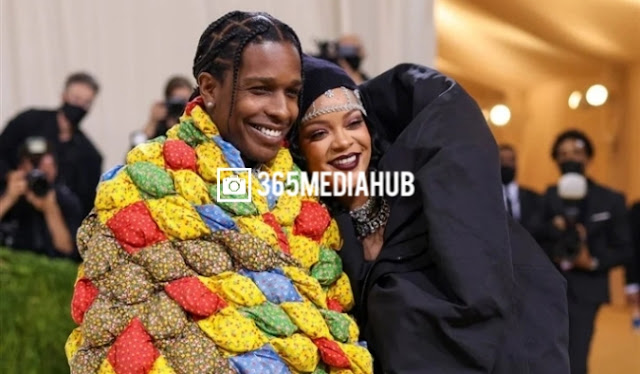 It’s a truth universally acknowledged that Rihanna is the Met Gala Sovereign.

No one else comes close to her on the First Monday in May or the Second Monday in September. Not even Zendaya.

So Rihanna was the one we’ve all been waiting for. Especially since last year the Met Gala was cancelled and she didn’t show up the year before for the Camp theme.

At 7pm Rihanna showed up at the hotel. Arrivals had already started at the Met and Rihanna hadn’t even started prepping yet.

On Twitter people began to panic. After two hours, they were despondent, thinking that it was done, that she wasn’t actually planning to attend.

That she’d host the after-party but that’s it. Three hours go by, she still was there. And then, finally, just after 10pm, Rihanna and A$AP Rocky emerged from the hotel to save the party.

American award-winning singer and Businesswoman, Rihanna‘s clothing line Fenty Fashion House which was launched less than two years ago with French luxury conglomerate LVMH will be put on hold indefinitely. Rihanna’s lingerie line Savage X Fenty, beauty and skincare lines Fenty Beauty and Fenty Skin will continue to operate according to a statement to CNN style from LVMH, who says […]

The stunning Bad Gal RiRi, Rihanna shines on the cover for January-February issue of Essence Magazine 2021’s issue, in a series of original photographic collages and 12-page portfolio entitled, “Of Earth & Sky.” For her latest shoot for Essence in photos captured by visionary multimedia artist Lorna Simpson. Rihanna smolders as she rocks a towering crystal headpiece. In […]