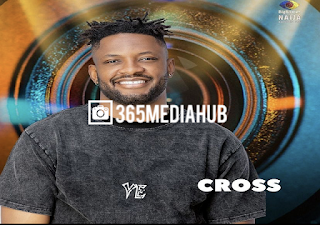 Cross, Big Brother Naija housemate, stated that he would choose love rather than the grand prize of N90 million.

He disclosed this in a Diary Session on Tuesday, day 45 of the show, Big Brother asked him if he was focused on finding love or the grand prize.

“If it were one or two weeks, I think we could have another conversation. That’s still far in line. Anything can happen and I can still go home.

Tega hinted that some relationships existing among her colleagues could be coated with lies and deceit. BBNaija star, Tega Dominic has slammed her fellow housemates, stating that they are full of lies and deceit. Taking to the micro-blogging platform, the mother of one left a note that raised the eye-brow of many as regards what […]

BBNaija Reality star, Natacha ‘Tacha‘ Akide has revealed that she has the fear of uncertainty when it comes to the idea of marriage and starting a family. According to the ex-BBNaija housemate, despite how beautiful marriage is said to be for some, not knowing what her fate would be in the long run gives her […]