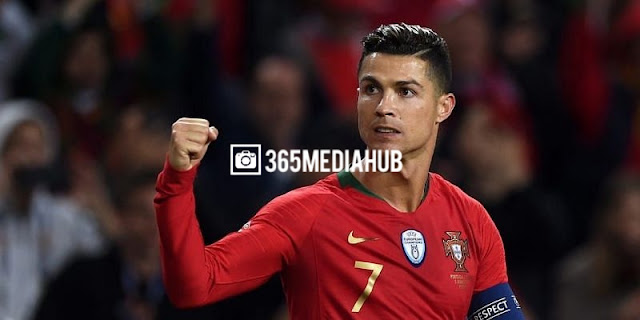 Cristiano Ronaldo has now been listed as the highest goal scoring Men and few hours ago he has his name topping the list which has not been stable before.

However, he topped the list of highest goal scoring Men list in the Portugal win in their World Cup qualifying match on Wednesday. 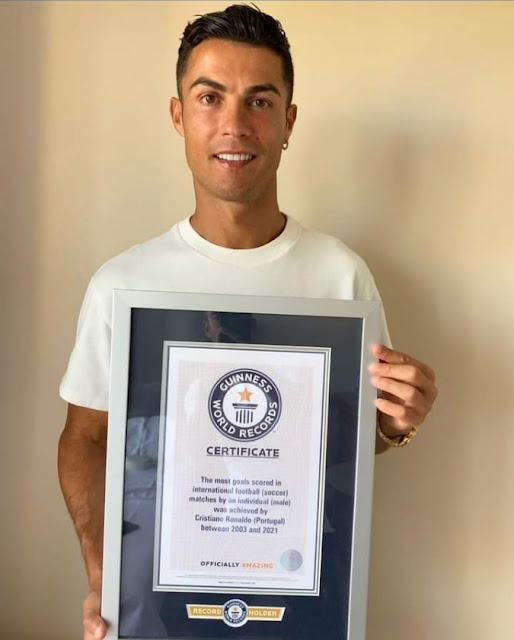 The newly minted Manchester United man’s record mark arrived in the 89th minute of Portugal’s World Cup qualifier against the Republic of Ireland. Goncalo Guedes swung in a cross from the right wing, with Ronaldo rising to meet the service and head home the record-breaking equaliser.

He added his 111th international goal in the sixth minute of stoppage time, leading his side to a 2-1 comeback win.

The Portuguese icon took his shirt off in wild celebration on one of the most memorable nights of a career littered with them.

Ronaldo, who took home the golden boot from the Euros with six goals is now 34 strikes ahead of the next-highest active men’s player [Behind Daei] Ali Mabkhout, who has 76 goals in 92 for the UAE.

Juventus top star, Cristiano Ronaldo has took to his social media to update his fans with his latest photo shoot that has got so many comments and love for his fans and so we decided to share with you. I’m his words “Done ⚽️💪🏽 Have a good day!😉👊🏽 His football career has been going smooth […]

Hasan Salihamidzic, the director of Bayern Munich, has responded to speculation linking Cristiano Ronaldo with a move to the German Bundesliga champions. According to reports in Europe, the Bundesliga club wants to capitalize on the 37-year-dissatisfaction old’s at Manchester United in order to entice him to move to Germany. In a disjointed United team that finished sixth […]

Georgina Rodriguez’s new Netflix series, I Am Georgina, premiered on Thursday and tells the tale of how she met her football megastar boyfriend, Cristiano Ronaldo. The pair relate their distinct experiences of their first encounter at Gucci in Madrid, where Georgina worked as a saleswoman, in the episode titled The Day That Changed My Life. […]