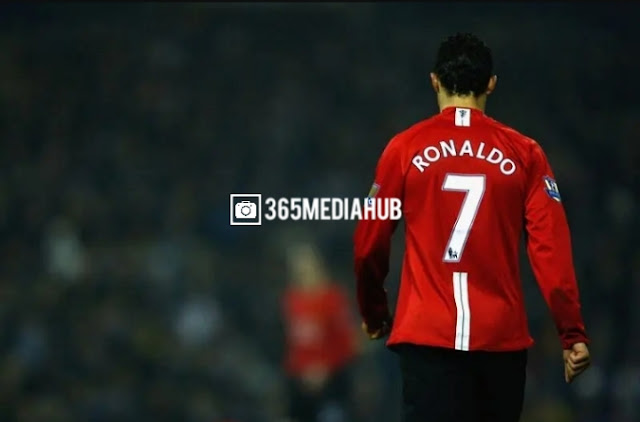 Former Manchester United centre-back Rio Ferdinand has dropped a possible hint that Cristiano Ronaldo could secure his iconic No.7 shirt once he formally completes his move to Old Trafford.

United have confirmed that they have reached an agreement with Juventus to re-sign the Portugal international, subject to him passing his medical and agreeing personal terms.

Although the deal is not 100 per cent complete, speculation has already been mounting about what shirt number the 36-year-old will acquire at Old Trafford, with Uruguay international Edinson Cavani currently donning his preferred No.7 shirt.

However, Ferdinand has hinted that the striker has given the number to Ronaldo although Premier League rules state a player is not allowed to switch shirt numbers once a season is in progress.

“Just to think Cavani could be the back-up for Ronaldo, it’s unbelievable,” said Ferdinand, speaking on on his YouTube channel, FIVE.

“Cavani, I have to say, what a man. He saw who was coming to town and gave up the No.7 shirt.”

After making that statement, the former United centre-back appeared to backtrack on his comments, almost implying that he should not have delivered that verdict.

He continued: “Maybe? I don’t know. Does he do that or not? At the end of the day you know what the problem might be is that the shirts have been registered, maybe.”

Premier League rule M.5 states that Cavani must keep the No.7 shirt for the duration of the 2021/22 campaign. For Ronaldo to take the shirt away from him, Cavani must leave the club, which is, of course, highly unlikely.

An alternative way round it would be for United to seek special dispensation from the Premier League board to hand Ronaldo the No.7 shirt. However, a claim of this kind has never been granted before.

Former Real Madrid manager, Zinedine Zidane, is not interested in replacing Ole Gunnar Solskjaer at Manchester United should the Premier League giants eventually sack the Norwegian. Zidane has been linked with a move to Man United as Solskjaer is currently under intense pressure at the Red Devils following their latest embarrassing Premier League 5-0 defeat […]