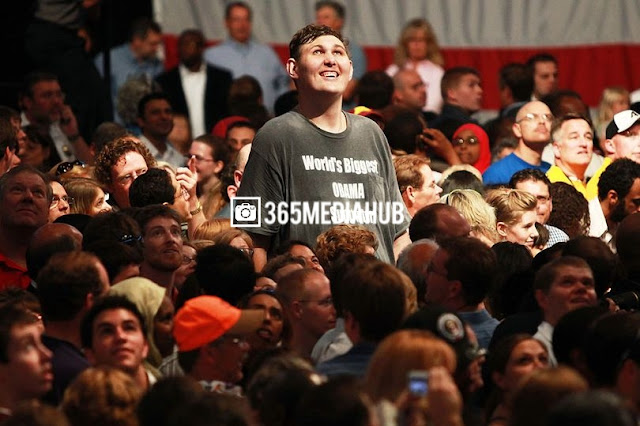 Vovkovinskiy, who moved to the US from Ukraine, passed away at the Mayo Clinic Hospital Saint Marys Campus in Rochester, New York.

His mum gave a tragic update in a Facebook post and shared a picture as she gave her son a final hug.

Vovkovinskiy moved across the Atlantic 30 years ago to treat a tumour pressing against his pituitary gland, which was the cause of his immense size.

He reportedly spoke to his older brother, sister-in-law, and other relatives just before his death.

Svetlvana Vovkovinska said: “Igor was glad to see them, and although it was difficult for him to speak, he tried to joke about his nephew Andriy, whether he had learned the Ukrainian language in a month in Ukraine.”

Vovkovinskiy was crowned as America’s tallest man back in 2010, while on the Dr Oz show.

He managed to beat the previous record by just a third of an inch. He edged out a sheriff’s deputy in Virginia when he was hailed America’s tallest living person by Guinness World Records. 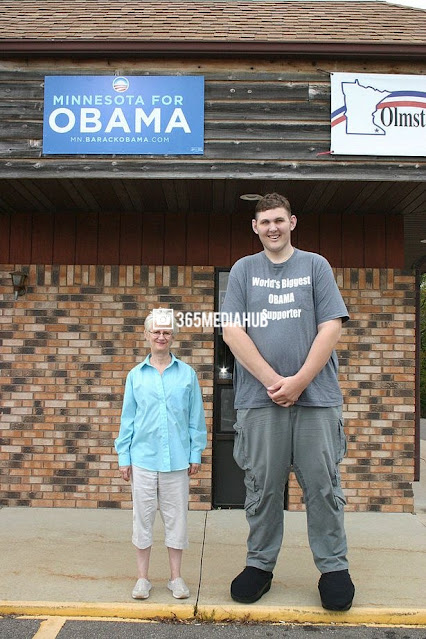 At the time he said: “It feels so good to finally have proof that I am the tallest man in America,” he said at the time.

“Everyone is always asking me if I’m certain that I’m the tallest and I was never able to prove it. Now that I have this certificate to hang on my wall, I could finally show it!”

His immense height made it difficult to perform everyday tasks, like finding a desk or getting in and out of a car.

He dreamt of becoming an attorney and completed a two-year degree from Rochester Community and Technical College, according to the 365MediaHub team. 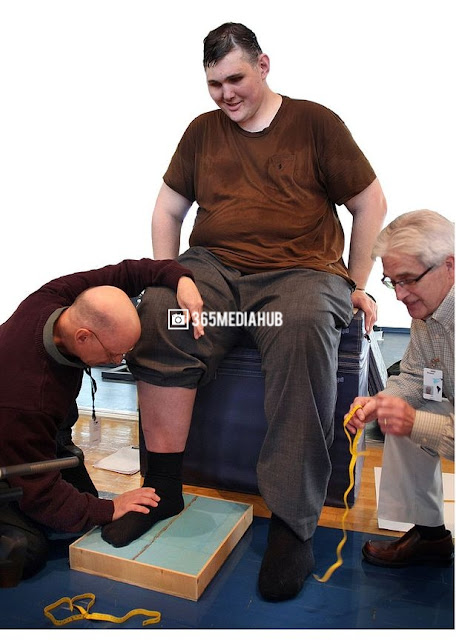 “I haven’t done that in about four years. Maybe walk my dog, go fishing.”

He made the move to America when he was just six years old and was already standing six-foot tall as a child.

His family initially thought he would only stay in the country for a month.

His health deteriorated over the past few months and he struggled to walk.

Oleh Ladan, his older brother, told the Star Tribune, he would “rather lived a normal life than be known.”

“He enjoyed spending time with his family and friends, occasional fishing and traveling, and helping the Ukrainian Army in any way he could,” his obit read.

He is survived by his brother, niece, nephew, stepsister and mother.

His memorial service will be held on Saturday.

Watch Oxlade’s “Slow Down” Performance At The Grammys [Watch Video]

DMW Music rap music performing and recording act, Dremo has been busy doing things and cooking up a new album for his rap music lovers and this new project from him is set to take over the topping musics on platforms and stores. This new project is titled “7 Wonders” made up of seven different remixes […]

Omawumi releases another Frizzle & Bizzle Films visual for her track titled “Billionaire” [Go Baby]”. This a follow up to My Life Video featuring Nigerian rapper Phyno. Billionaire, Produced by Masterkraft with additional strings from Fiokee is the second track on the Love Deep High Life album, which is her fifth studio project. Starring Kate Henshaw, Chigul, Bisola Aiyeola and more, Enjoy […]