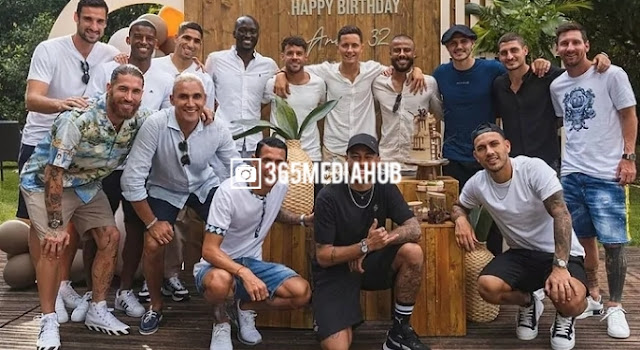 After presenting their new Galactico signings to fans at the Parc des Princes, then beating Strasbourg 4-2, the party didn’t stop for some PSG players this weekend as they organised a get-together for Herrera.

The midfielder thanked his teammates on Instagram and posted a photo with various members of the Parisian’s squad.

While some of the club’s top stars were there, including new arrivals such as Messi and Ramos, some have commented on the fact that Mbappe wasn’t present.

Speculation about the 22-year-old Frenchman’s future continues as it remains uncertain how much longer he will be a teammate of Herrera‘s.

The forward’s current contract expires at the end of the season and Real Madrid are known to be big admirers of his. Carlo Ancelotti would surely love to be able to field a front three of Eden Hazard, Karim Benzema and Mbappe.

How To Hide Chats In “WhatsApp” Without Archive [Read Details]

Lionel Messi, renowned PSG star, has been ordered by a court to destroy his four-star hotel in Barcelona. According to El Confidencial, Messi’s 77-bedroom mansion does not fulfill local code. The ‘MiM Sitges’ is located where the 34-year-old used to live when playing for the LaLiga side. Messi also owns hotels in Ibiza and Majorca […]

Chelsea owner, Roman Abramovich, has decided to sign departing Barcelona captain, Lionel Messi, this summer. Diario AS reports that Abramovich on Friday requested an urgent meeting with Messi’s team as he wants to sign the Argentine captain before the end of the summer transfer window. The report claimed that Abramovich took the decision after seeing […]