Chelsea will make a decision in the coming days over the future of Trevoh Chalobah, says head coach Thomas Tuchel. 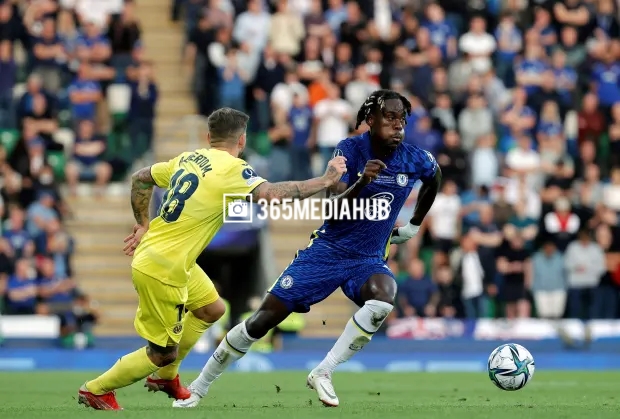 Chalobah returned from his loan at FC Lorient and has been excellent for the Blues in pre-season under Tuchel.

Hewas given the opportunity to start at the back for Chelsea in the UEFA Super Cup against Villarreal on Wednesday.

He flourished again as Chelsea went onto win 6-5 on penalties to clinch more European glory.

Chalobah’s statistics were nothing short of incredible and he has attracted interest from several clubs including Valencia. It has been reported despite impressing Tuchel, he will go on loan for the 2021/22 campaign.

But Tuchel insists a decision hasn’t been made yet and it will be discussed in the coming days.

“Absolutely that’s why he played,” said Tuchel post-match on Chalobah forcing his way into his thinking.

“He played good against Arsenal and he played a good game also against Bournemouth, then Arsenal, then Tottenham. We wanted to have guys on the field who are capable to play 90 minutes”.

Romelu Lukaku has landed in London ahead of his big money return to Chelsea this summer. The 28-year-old completed his medical in Milan earlier on Monday at the Columbus Clinic. Ahead of his £97.5 million move to Chelsea, it was reported that Lukaku would fly to England on Wednesday. The Belgian has now landed and is […]

Chelsea FC scored two late goals to go top of the English Premier League and bounce back from two consecutive defeats. They beat ten men Southampton 3-1 to move top of the Premier League. Timo Werner and Ben Chilwell scored the late goals after Saints had been reduced to 10 men following the dismissal of captain […]

The 18-year-old midfielder joined Chelsea’s Academy at the age of 15 and now extends her stay at the club until summer 2023 with a further one-year option available. Charlotte Wardlaw made her senior debut back in November 2019 against Tottenham Hotspur in the Continental Tyres League Cup and has since made two further appearances for […]