Romelu Lukaku has landed in London ahead of his big money return to Chelsea this summer. 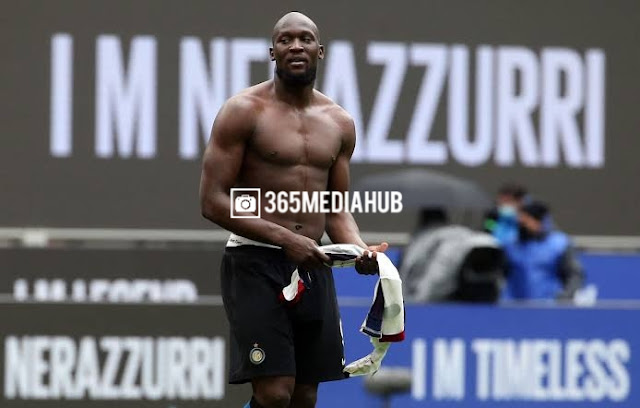 The 28-year-old completed his medical in Milan earlier on Monday at the Columbus Clinic.

Ahead of his £97.5 million move to Chelsea, it was reported that Lukaku would fly to England on Wednesday.

The Belgian has now landed and is on his way to sign his Chelsea contract.

The 28-year-old completed his medical in Milan on Monday ahead of the move.

Unfortunately, Lukaku will not be part of the Chelsea squad in the UEFA Super Cup Final on Wednesday night but is set to sign for the Blues ahead of the Premier League opener against Crystal Palace on Saturday.

Thomas Tuchel has finally added a striker to his squad as the Blues attempt to mount a title challenge in the 2021/22 season as well as compete to retain the Champions League trophy.

The Belgian international will sign a five-year contract on his return to the club he left seven years ago in 2014.

Fireboy Confirms He Is Working Towards His US Tour [Read Details]

Texas State Hospitals Are Already Overloaded, Doctors Are Afraid By What Is Coming [Read Details]

Chelsea will make a decision in the coming days over the future of Trevoh Chalobah, says head coach Thomas Tuchel. Chalobah returned from his loan at FC Lorient and has been excellent for the Blues in pre-season under Tuchel. Hewas given the opportunity to start at the back for Chelsea in the UEFA Super Cup against […]

Chelsea’s new striker Romelu Lukaku’s agent has revealed that the former Manchester United striker is still interested in making Inter Milan return. The agent made it known that Inter Milan is still in his player’s heart. Nerazzurri supporter criticized the Belgium international after he assured them that he was not leaving and then went back to his […]