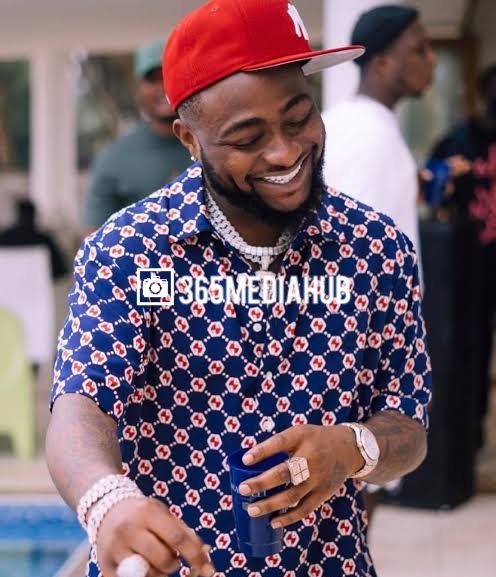 Davido sheds light on how his song, “Birthday Cake” with American veteran Nas and Hitboy was made.on Power 106FM.

In an exclusive interview with Power 106FM, hosted by DJ Carisma, the singer revealed this.

He started off with the narration of how his latest album, “A Better Time” commenced and proceeded to the international features he had on it.

According to him, he met Hitboy and Nas in a camp and the recording happened that same day.

Recall in November last year, Davido narrated a similar experience on how the song was made via his Instagram page.

In this interview, he went into proper details stating;

Funny enough, I was just in the studio. He had a recording camp and I was in the studio. Then I was walking through the bathroom and saw Nas, so I walked up to him. He was like, Yo you Davido?

Then Hitboy just hooked it up, and we did the record in one day. A lot of things on this album have happened naturally and I feel like when you’re making music, that’s something that really has to come to play.

Watch the interview below:

Fireboy Confirms He Is Working Towards His US Tour [Read Details]

Award-winning singer, David Adeleke, professionally known as Davido on Sunday celebrated his daughter, Hailey’s fifth birthday. The DMW boss showered prayers on his daughter as he post beautiful pictures of the celebrant on Instagram. The talented singer who expressed his love for his daughter called her his twin. He wrote, “Happy birthday to my darling daughter, Hailey […]

In the main news this evening we got Davido talking about the real life that we are in today and how the survival way goes. His new speech got my attention and so I decided to share as we anticipate his new musical video that drops 5pm tomorrow which featured Mayorkun in it together. In […]