Man Utd are on the verge of completing their first permanent exit of the summer, with Steven Gerrard’s Rangers set to be the beneficiary. 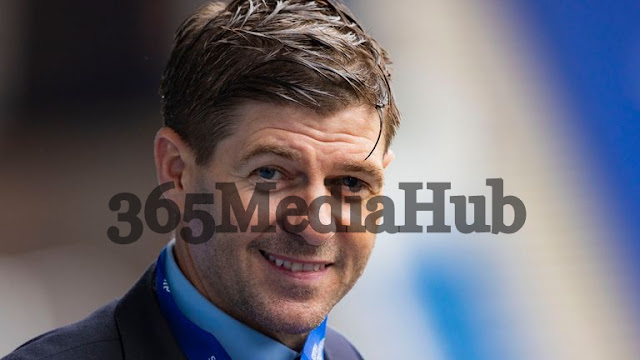 Man Utd have made the headlines for the business they have conducted over new arrivals thus far. Jadon Sancho and Raphael Varane will both be playing at Old Trafford next season. Combined, the pair have cost upwards of £110m.

The latest report suggested the Red Devils’ work is far from over after talks with a Premier League midfielder were said to be ‘far down the line’.

The key to further acquisitions in midfield was recently revealed to revolve around the future of Paul Pogba. Should the Frenchman depart amid interest from PSG, a new face in the middle will be a must.

Aside from the incomings, a plethora of youth team and fringe players could be facing the axe. No fewer than right first teamers were reportedly put up for sale to help balance the books.

The exits could go beyond the first-team, however, after the Manchester Evening News revealed Steven Gerrard’s Rangers have agreed a deal to sign 19-year-old Charlie McCann.

The midfielder featured heavily for the club’s Premier League 2 side last year. Nevertheless, the outlet report he will soon head north of the border for £750,000. McCann will initially join the club’s B team, though Gerrard is noted to have high hopes he will quickly graduate to the senior set-up.

Meanwhile, Ole Gunnar Solskjaer says Manchester United will make a decision soon on whether Marcus Rashford undergoes shoulder surgery, while he has signalled his intent to allow one player to leave on loan.

Having featured for England at Euro 2020, the 23-year-old was planning to go under the knife to deal with a longstanding shoulder injury that would keep him out for approximately 12 weeks.

But Solkjaer was quick to say a decision had yet to be made on whether Rashford would undergo surgery. Instead, the forward is set to meet with the club when returning from his summer break.

“With Marcus, we’ll probably make a decision in next few days when we check him up again. The last decision-making,” he said. “What’s best for him and best for the club has to be considered.

“Of course Raphael looking like everything is sorted there and we’ve made that deal,” added the Norwegian. “I can see Axel going out because I’ve got Raphael Varane, (Harry) Maguire, (Victor) Lindelof, Eric Bailly.

Steven Gerrard has made a sensational return to the Premier League with his appointment as the new head coach of Aston Villa. The two-and-half-year deal will see him replace Dean Smith who parted ways with the club on Sunday after a run of five successive league defeats, with Villa 16th in the table. Gerrard, 41, […]

Manchester United have confirmed the appointment of Dutch coach, Erik ten Hag as the club’s new permanent manager who would take over at the expiration of Ralf Rangnick’s interim tenure. Ten Hag who is currently with Ajax signed up until June 2025 plus the option of an extra year that will run till 2026. “Manchester […]