Wale confirms that MMG is making a comeback with new music from him, Rick Ross, and Meek Mill. 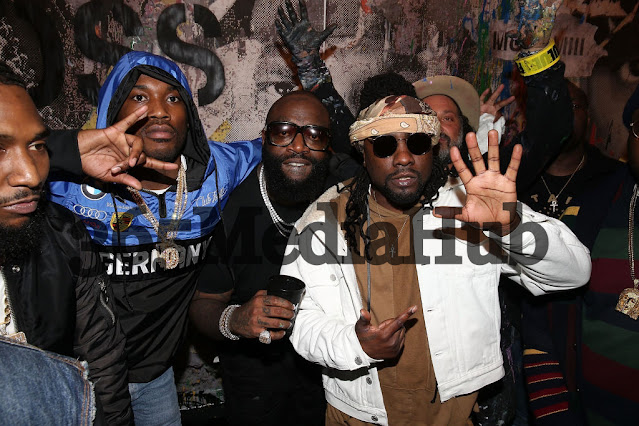 There are many who still look back fondly on the MMG reign, fueled by the joint forces of Meek Mill, Rick Ross, and Wale.

While the label ultimately found themselves derailed by inner turmoil, that’s not to say that the loyalty to the cause has faded.

Far from it. In fact, Rozay, Wale, and Meek continue to represent for the label, and from the sound of it, there may very well be a resurgence on our hands. Wale recently took to Twitter to tease an intriguing development pertaining to the Maybach Music Group’s next move.

After a curious fan inquired about the label’s future, Wale confirmed that he, Rick Ross, and Meek Mill all have new music on the way.

While he didn’t specify whether or not any of said new music will be collaborative in nature, we can only hope that at least one reunion will occur.

At the very least, Wale’s teaser seems to confirm that new albums from himself, Meek, and Ross will indeed be dropping this year.

It’s not entirely surprising, given that Ross’ Richer Than I’ve Ever Been has been confirmed to be arriving soon.

Meek has also been steadily been working on a follow-up to his 2018 album Championships, which may include a new collaboration with Jay Z.

As for Wale, we’re eagerly awaiting to see what the talented spitter has been cooking up, as it’s been a few years since his last album Wow…That’s Crazy.

Check out Wale’s message below, and sound off if you’re excited to see some new music from the MMG trifecta. If so, which album are you most eager to catch?

Rihanna Announces The New Fenty Perfume To Her Fans & Followers

It looks like neither Drake nor Meek Mill will be able to outsell Taylor Swift’s re-release of “Fearless” this week. Drake‘s Certified Lover Boy is a smash record but it doesn’t seem to be able to replicate the same chart success as Scorpion. Mind you, times were different in 2018 when merch bundles accounted for a percentage of album […]

Meek Mill has always been a fan of some friendly competition, but when he met with Lil Baby and Lil Durk months back in the studio, he wasn’t feeling like himself.  “Probably six months ago, Lil Baby and Durk terrorized me in the studio,” Meek said in a new episode of HBO’s The Shop: Uninterrupted. “I had writer’s block, I’m in the […]