Federal Reserve chair Jerome Powell has been testifying on Capitol Hill this week, and it’s pretty clear that he is not a fan of digital coins – especially stable coins. 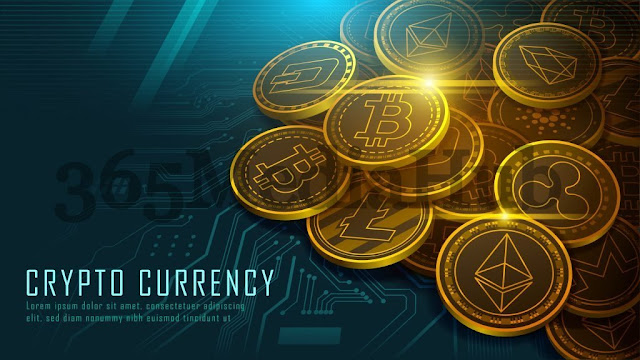 During a two-day congressional hearing, the Fed chief said the main incentive for the U.S. to launch its own central bank digital currency, or CBDC, would be to eliminate the use case for Crypto coins in America.

“You wouldn’t need stable coins; you wouldn’t need cryptocurrencies, if you had a digital U.S. currency,” Powell said. “I think that’s one of the stronger arguments in its favor.”

Central bankers and U.S. lawmakers have for years bemoaned the rise of stable coins, a specific subset of cryptocurrencies that have a value pegged to a real-world asset, such as a fiat currency like the U.S. dollar or a commodity like gold.

These nongovernmental digital tokens are increasingly being used in domestic and international transactions, which is scary for central banks because they don’t have a say in how this space is regulated.

“I understand why they fear stable coins,” said Nic Carter, founding partner at Castle Island Ventures. “I can see why they’d be concerned with a large portion of commercial banking activity flipping over to this largely unregulated world.”

But Powell isn’t necessarily all that keen on the U.S. launching its own digital token either. There are already close to 11,000 cryptocurrencies, so a digital dollar would be entering a very crowded field.

In response to a question Thursday from Senator Pat Toomey, R-Pa., Powell said that he was undecided on whether the benefits of a digital dollar outweigh the costs.

What is clear, however, is that the Fed is done letting stable coins run amok.

“We have a tradition in this country where the public’s money is held in what is supposed to be a very safe asset,” Powell said.

“That doesn’t exist for stable coins, and if they’re going to be a significant part of the payments universe…then we need an appropriate framework, which frankly we don’t have.”

Sitting in commercial bank accounts across the country are electronic U.S. dollars, which are partially backed by reserves, under a system known as fractional-reserve banking. As the name implies, the bank holds in its reserves a fraction of the bank’s deposit liabilities. Transferring this form of money from one bank to another or from one country to another operates on legacy financial rails.

There are also a spate of USD-pegged stable coins, including Tether and USD Coin. Although critics have questioned whether tether has enough dollar reserves to back its currency, it remains the largest stable coin on the planet. USD Coin is backed by fully reserved assets, redeemable on a 1:1 basis for U.S. dollars, and governed by Centre, a consortium of regulated financial institutions. It is also relatively easy to use no matter where you are.

Then there’s the hypothetical digital dollar that would be the Fed’s take on a CBDC. This would essentially just be a digital twin of the U.S. dollar: Fully regulated, under a central authority, and with the full faith and backing of the country’s central bank.

“A dollar in CBDC form is a liability of the central bank. The Federal Reserve has to pay you back,” explained Ronit Ghose, who heads FinTech and digital assets for Citi Global Insights.

There are relative benefits and drawbacks of all these forms. But Powell’s contention that CBDCs are a rival to stable coins misses the larger point of why cryptocurrencies are popular – and it’s not simply because they’re digital.

″[They’re] popular because it’s money that’s independent of politicians and bankers,” said Mati Greenspan, portfolio manager and Quantum Economics founder. “People want the separation of government and money. They clearly don’t get that.”

Some argue that a CBDC in the U.S. would technically be safer than privately issued stable coins because it would present a direct claim against a central bank, similar to the U.S. dollar.

But many of the people who deal in stable coins don’t necessarily want safe. They want an easier way of doing business, especially internationally.

“It’s just an alternative payments network, built on top of the commercial bank system,” said Carter. “It’s like open banking on steroids. It is very interoperable, it is relatively transparent, and in theory, you can get faster settlement and faster cross-border settlement, because it’s not encumbered.”

Stable coins originally emerged to cater to demand for dollar exposure offshore and overseas, according to Carter. Tether, the world’s third-largest cryptocurrency and the biggest of the stable coins, is primarily transacted outside the U.S.

Alyse Killeen, founder and managing partner of bitcoin-focused venture firm Stillmark, thinks the presence of a digital currency issued by the Fed in no way reduces the value of cryptocurrency.

“Many people recognize the loss of autonomy that occurs when permission to spend is implicit in the use of a currency,” says Killeen. “It’s a relatively common experience to be blocked from executing a transaction via bank wire, debit card, or credit card when the transaction is attempted after bank hours or outside of your bank-identified personal spending habits,” she said.

“A digital currency issued by the Fed…would likely bear the same friction as attempting to initiate a wire on a Sunday.”

Why stable coins are scary

There are lots of reasons for the Fed to be concerned over the rise of stable coins.

For one, there’s a concern over losing monetary control.

Facebook plans to launch its own stable coin, diem, later this year, and were it “to succeed in supplanting central bank money in the public’s wallets, it would make it more difficult for the Fed to control the money supply or more generally, to conduct monetary policy,” according to Rutgers University economist Michael Bordo.

There is also the issue of waning monetary sovereignty.

“Were diem, or even a Chinese CBDC, to be accepted by many other countries, the U.S. dollar would lose its dominance,” continued Bordo.

Central banks like the Fed also take issue with the fact that stable coins look as though they are pegged to fiat currency, even though they aren’t backed by the sovereign, but instead by financial assets. Ghose says it’s similar to how a money market fund works.

“Stable coins are like watching a movie that is dubbed – you are not watching the original movie,” said Ghose.

This is what really gets under the skin of the Fed. Decentralized cryptocurrencies like bitcoin don’t pretend to be the same as fiat, but “stable coins can give the impression that you are using something with a fixed value to fiat,” he said.

Carter thinks the Fed’s hostility may stem from its own plans for a CBDC, which it can use to instill monetary policy more granularly and directly.

Carter imagines the CBDC as a “programmable voucher that the Fed could control by twiddling buttons, having total visibility into and control over monetary velocity, making your money expire if not spent within 60 days, completely eliminating disfavorable uses of cash – it’s the holy grail for central bankers because it gives them full discretion.”

Like them or not, central bankers do agree that stable coins are here to stay.

Data from The Block shows nearly $110 billion in total stable coin supply, and it remains on a swift incline.

Unlike his fellow central bankers, Fed Governor Randal Quarles thinks there’s no need to fear stable coins. He also doesn’t really get the case for the U.S. launching its own central bank-backed digital dollar.

In remarks made to the Utah Bankers Association in Sun Valley, Idaho this June, Quarles argued that stable coins could, in fact, advance the role of the U.S. dollar internationally.

“A global U.S. dollar stable coin network could encourage the use of the dollar by making cross-border payments faster and cheaper, and it potentially could be deployed much faster and with fewer downsides than a CBDC,” he said.

Provided that certain regulatory questions can be addressed, Quarles argued that “rather than straining to find ways to say ‘no,’” the Fed should be saying “yes” to these products.

“Indeed, the combination of imminent improvements in the existing payments system such as various instant payments initiatives combined with the cross-border efficiency of properly structured stable-coins could well make superfluous any effort to develop a CBDC,” continued Quarles.

President Biden will have to decide in October whether to renew Quarles’ term as the central bank’s vice chair for supervision, which could indicate where the White House falls on the topic of digital currencies.

Today, I’m introducing to you the Binance Cryptocurrency trading platform which enables you to buy and sell while you watch your money increase per rise or fall in the exchange market. From this crypto trading platform, you will make a lot of gain trading your money by either buying or selling your cryptocurrency. Below are […]

The Securities and Exchange Commission (SEC) said it has suspended the admittance of affected persons into its Regulatory Incubation Framework for Fintech firms. Recall that SEC, the apex regulator of the nation’s capital market, had in September 2020 described digital assets, including crypto assets, as securities, saying it would regulate them. But the CBN ordered […]