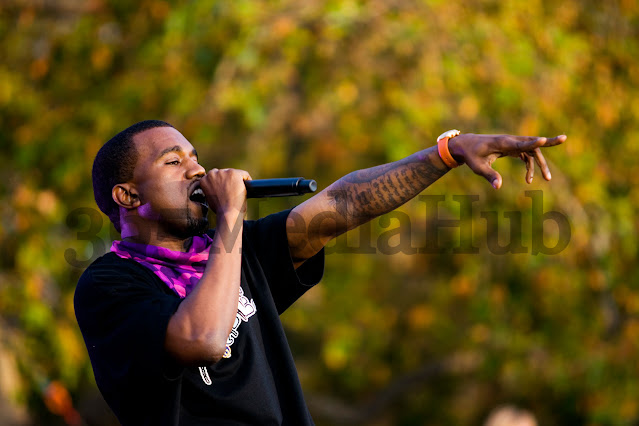 While fans eagerly await his oft-delayed album, Kanye West recently hit the studio with Tyler, the Creator. Consequence shared a short video of a masked Ye and Tyler appearing to work on new music.

Fans also noticed a whiteboard in the background with a tentative DONDA tracklist that shows 10-11 tracks. As HipHop-N-More points out, some of the titles are the same from the tracklist that surfaced one year ago including “24” and “Hurricane.” Other new track titles include “Remote,” “Daylight,” “Jonah,” and “No Child Left Behind.”

Additionally, it appears that Kanye plans to preview the long-awaited project tonight in Las Vegas. An alleged invitation for an invite-only listening party claims that the event will take place at 6:30 p.m. and no cell phones are allowed.

DONDA has been a long time coming. In honor of Kanye’s birthday last month, his manager Abou “Bu” Thiam announced that an album was on the way.

DONDA, the follow-up 2019’s Jesus Is King, was slated to drop last July before being delayed several times. The album was previously titled God’s Country, but was changed to honor his mother, the late Donda West, who died in 2007 from surgery complications.

Well, it was fun while it lasted the end of the Kimye era is finally over. Kanye West has started to separate himself from the Keeping Up with the Kardashians clan by unfollowing all of them on Twitter. He’s breaking up with the entire family in real life — and on social media. This action comes on the heels of […]

Looks Like DJ Cuppy has once again ignored the phrase “Don’t start what you can’t finish”. On the 16th of January,  the controversial Disc jockey hopped on Twitter to reveal that American rapper, Kanye West isn’t the Richest Black Man in the world. According to Cuppy, she is a big fan of Kanye West, but she feels […]