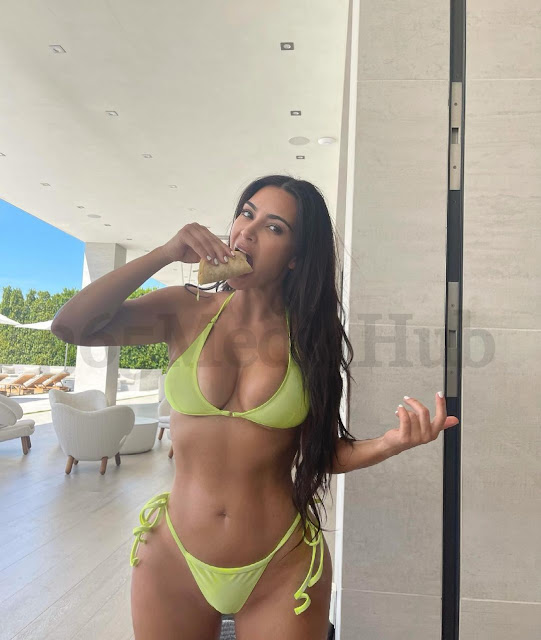 On Keeping Up With the Kardashians reunion on June 17, Kim dropped major bombshells when it came to her past relationships with ex-husband Kris Humphries and soon-to-be ex-husband Kanye West. “My marriage with Kanye and my kids is so real and lots of love, and that to me was, like, my first real marriage,” Kim explained in a heartbreaking moment.

While Kimye’s marriage woes were documented on the hit reality series—especially in the explosive series finale—Kim still has an “amazing co-parenting relationship” with Kanye. “I respect him so much,” she stated. “That was my friend, first and foremost, for a long time. So I can’t see that going away. I will forever be Kanye’s biggest fan. He’s the father of my kids. He will always be family.”

Kim chose not to open up too much about the specifics as to why she filed for divorce, but explained that it was not “one specific thing,” but really just a “difference of opinion” overall. “In no way I would want someone not to think I didn’t give it my all or try,” the mother of four added.

As for Kim’s other high-profile KUWTK relationship with Kris Humphries, it was clear that her family didn’t approve. Kris Jenner even encouraged Kim to be a “runaway bride” the night before her $10 million wedding in 2011. “I said, ‘Listen, if you really don’t want to do this, I don’t think you should do it,’” Kris remembered telling Kim ahead of her big day.

Kim clarified, “What you said to me is, ‘Go. I will put you in a car. No one will find you. Just leave and I’ll take care of it.”

So why didn’t Kim listen?

“I thought, ‘OK, we’re filming this for a TV show. If I leave, I’m going to be known as the runaway bride forever. It’s going to be a huge joke,’” Kim explained. “‘It’s just cold feet.’” She also used her entire production fee, plus Kris’ portion, to fund the wedding. “I used all our production money on the wedding,” she revealed. “I felt pressured, I felt like I was going to let everyone down.”

Yet, right away Kim knew she had made a mistake saying “I do.” Her lavish Italian honeymoon on the Amalfi Coast proved she should have followed her heart: “I was like, ‘S––t, I think I made the wrong decision,’” Kim recalled. “And then I went back to New York and I was miserable. If you have cold feet for anyone out there listening, it’s not it.”

Speaking of feet, it was Kris’ size 17 sneakers that were the final straw for Kim who felt claustrophobic in her apartment. “I broke up with him in the worst way,” Kim admitted. “I learned so much from it. I tried calling him for months.”

Years later, she finally ran into Kris in Beverly Hills: “I had North in my hand and my big huge belly. I was about to give birth to Saint and I saw him,” Kim said. “All of his friends got up to say hi to me and he just literally looked at me and wouldn’t even speak to me.

He’s very faith-based and so I’m sure he would have loved to not have a marriage on his record…If I was mature, I would have wanted the annulment too.”It seems that I and Kris do have one thing in common today, though. “I wish I was only married once,” Kim concluded.

See Nengi’s Reaction When She Met With Laycon [Watch Video]

Kim Kardashian donated $3,000 to a mother of four asking for donations to stop her family from losing their home. Angelia Cantrell, the mother of triplet boys and a daughter, shared in her GoFundMe page that her husband died from COVID and she lost her job as a result of pandemic layoffs. “Throughout, this time, […]

Popular American socialite and business woman, Kim Kardashian steps out for the Oscars 2022 in style as she shines in her light blue gown and we like this. Check out more photos of her below and let’s hear your comments. Please follow and like us: