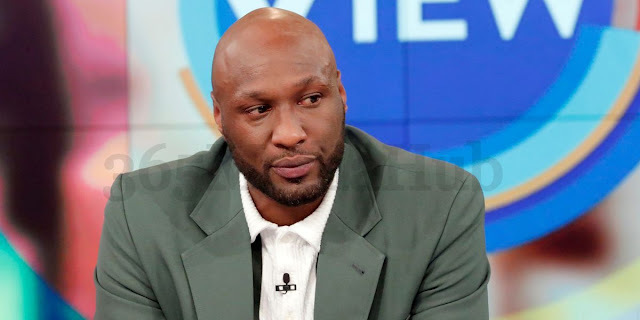 Lamar Odom was once a professional basketball player and Aaron Carter was once a pop star. The pair spent Friday taking part in the most present of trends, a celebrity boxing match.

To the surprise of few, the bout ended with the 6-foot-10 man beating up the man who is not 6-foot-10, with Odom defeating Carter via second-round TKO.

Carter did at least show some life in the first round, landing several blows to Odom’s head. The former Los Angeles Lakers star appeared unfazed.

Also involved in the production, for which people paid $30, was UFC legend Chuck Liddell as the referee, because why not? The fight was the main event for a Celebrity Boxing promotion hosted by Ice-T and his wife Coco.

The undercard was between Cisco Rosado and Peter Gunz and refereed by Rich Dollaz, all people involved in the “Love & Hip Hop: New York” reality show.