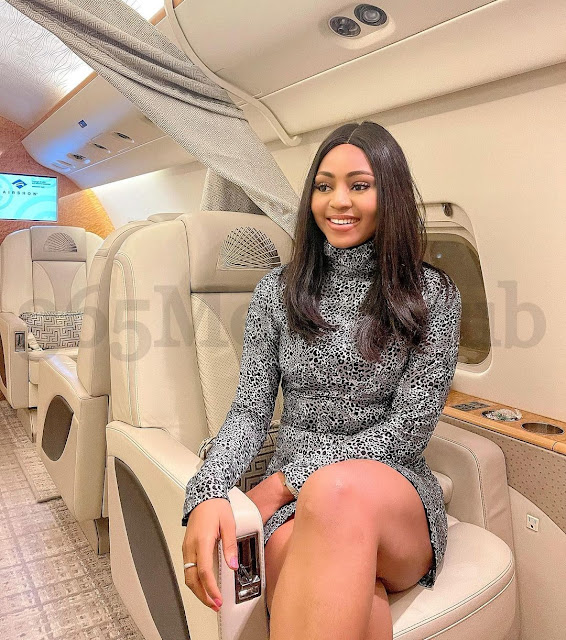 Regina Daniels Reportedly Expecting Second Child With Ned Nwoko.
Regina Daniels is allegedly expecting her second child with Ned Nwoko, as fans react to her latest snap on social media.
The actress welcomed her first child with the billionaire a year ago, and the couple named their son, Munir Neji Nwoko.
The claims emerged on social media after the beautiful mom shared photos of herself on her Instagram page. Reacting to the photos, some fans alleged that the actress looks like she’s expecting her second child with her billionaire husband, Ned Nwoko.
Her fan, @codee_nn on Instagram wrote; “I think she is pregnant again”.
Another fan identified as naana said – “She looks pregnant”.
The actress and her husband have not reacted to the claims as at the time of filing this report.
Please follow and like us:

Regina Daniels Recounts Experience From Her Summer Vacation With Her Husband, Ned Nwoko

Nigerian actress, Regina Daniels has taken to social media to reveal how amazing her summer vacation has been. The beautiful actress and proud mother of one made this known in a recent post she made on her verified social media handle on the popular social media platform, Instagram. She labeled the vacation as a fantasy world experience and in […]