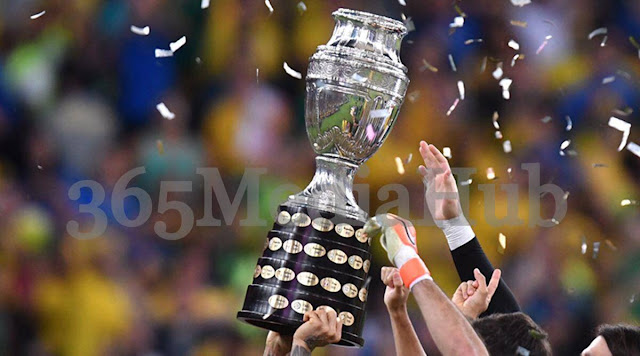 The 2021 Copa America will be hosted by Brazil, after Argentina was stripped of the tournament just two weeks before it starts. The South American Football Confederation [Conmebol] said Argentina was removed as host because of the “present circumstances”.

The country is currently experiencing a surge in Covid-19 cases. Later on Monday, Conmebol confirmed Brazil would host the showpiece event, which starts on 13 June. No stadiums have yet been announced for the tournament in Brazil.

“Conmebol thanks the president @jairbolsonaro and his team, as well as the Brazilian Football Confederation for opening the doors of that country to what is today the safest sporting event in the world. South America will shine in Brazil with all its stars!” Conmebol said on Twitter.

The 2022 FIFA World Cup qualifier between Brazil and Argentina in Sao Paulo on Sunday was suspended due to a breach of Brazilian coronavirus restriction rules. In extraordinary scenes, health officials entered the pitch early in the game to object the participation of three Argentinian players who they alleged had broken the coronavirus travel rules. […]

Brazil has emerged as the winner of the Men’s football competition at the Tokyo 2020 Olympic Games. The match ended 1-1 after normal time, which saw the game go into extra time. Malcom Filipe Silva de Oliveira popularly known simply as “Malcom” scored the winning goal in the second half of extra time for Brazil, which ensured the victory over […]