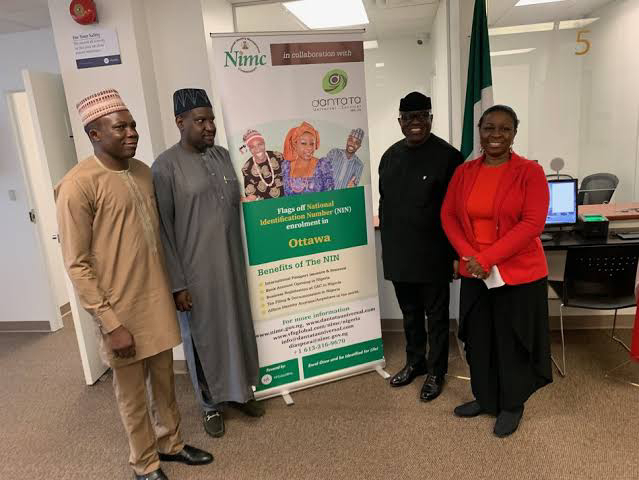 The outcome was due to a meeting between the Union and the Minister of Communications and Digital Economy, Dr ISA Ali Pantami on Wednesday.

Mr Lucky Michael, the Chairman of NIMC Senior Staff Association, who disclosed this said the decision to compromise and shelve the proposed strike was taken by the Union in the national interest and out of sympathy for Nigerians seeking for enrolment at various registration centers across the country.

It can be recalled that the Union had on 11th January issued a 21-day ultimatum for the NIMC Management should meet their demands or they own tool. Lucky argued that the fresh ultimatum became imperative because the key demands they raised before the previous strike action had not been met by the authorities.

“We stepped down the previous strike to see how we can meet the yearnings of Nigerian Citizens.

“If you look around you will see that everywhere is filled up today because they want to link their NIN with their SIM cards.

“You are aware that Government has announced that JAMB candidates will need their NIN to be able to register for JAMB this year, the FRSC has also announced that by second quarter of 2021, NIN will be a requirement for renewal of Drivers’ license.

“Those are some of the things that compelled us to resume work while we discussed the issues.”

“Last Friday, the Minister stepped into the matter, he has given us a face mask, face shield. The ones meant for state offices were dumped at Zonal offices and they asked the State coordinators to come and pick them up individually, and we say no, it is part of what we are agitating for.

“Pay me well, then I will live well, you are paying a state coordinator less than N100,000, yet, you expect him to use that same amount to run the state offices. At the end of the day, who reimburses who? They should be able to do what they said they will do, then, we will know that they are serious.

“In 2019, we issued this same 21day ultimatum on the same issues and till today nothing has happened. If you add 21 to 21, you have 42days and if after the 42 days, they still failed to do the needful, we will be left with no option than to go back to the streets to demand what rightly belongs to us.”