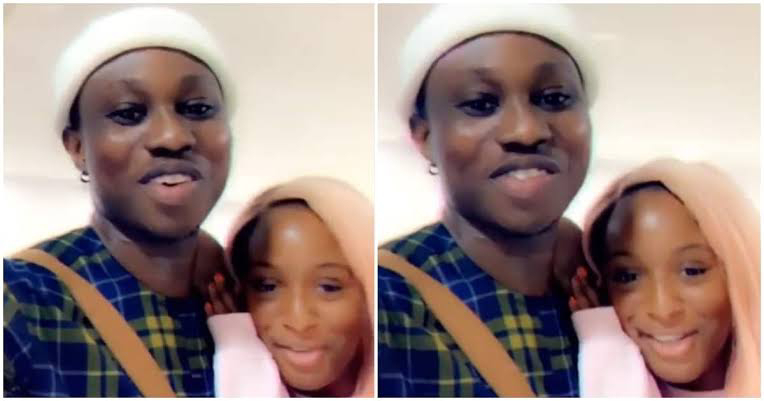 Davido’s PA, Israel DMW, has revealed why popular singer, Zlatan Ibile quit his friendship with Cuppy and blocked her on social media platforms.

Recall Cuppy recently called out Zlatan for not talking to her anymore and blocking her on WhatsApp and Instagram.

When asked why he took such action against Cuppy during an interview, Zlatan denied knowing who DJ Cuppy is.

However, speaking on what caused the rift between the duo, Cuppy and Zlatan, Israel DMW referred to Cuppy as a “fake friend” while revealing that after their hit collabo, “gelato”, Cuppy didn’t give Zlatan a dime, and Zlatan had to cater for himself and his friends with his own money. 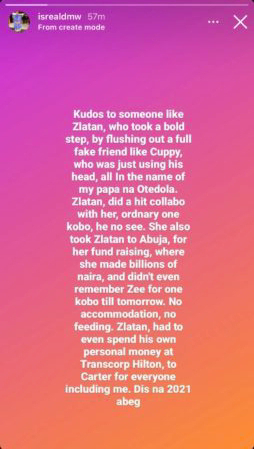 [Intro] Loving You No Scam O(Oh I Dun Try)It’s Major Bangz [Verse 1: Davido] Every time wire me moneyHello baby, have You sent it (Na wa)You dunno, even know what you do to meEjefe golo shoba mula miOlo omoge you be scammerI dey follow you for back o girlBaby girl you blow my mind, I […]

The DMW Music boss, Davido has not been dulling his good music fans as he drops hits upon hits in the previous seasons, his new latest has came up and this one is tagged “FEM” and its a new hit of course as that is what we expect from the popular hit maker. Judging from […]

DJ Cuppy has teamed up with fellow industry mate, Rema & Rayvanny for a new hot collaboration which is presently gaining enough hits and plays globally and this new one is tagged “Jollof On The Jet”. The music production credit goes to DJ Cuppy, enjoy both the full music and visuals below, enjoy and also […]