Barely two weeks to the deadline directive for the network subscribers to link their SIM cards to their National Identity Number [NIN] the federal government said telecommunications companies have been licensed to register people who are yet to have the number. 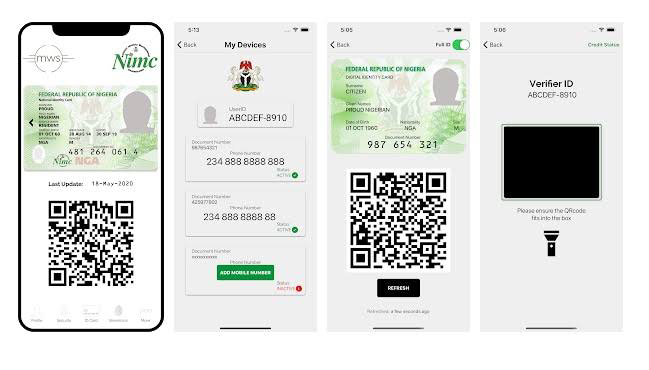 Punch reports that the order was given so as to reduce the large crowds at the offices of the National Identity Management Commission [NIMC].

It was gathered that the director-general of NIMC, Aliyu Aziz, made this known on Tuesday, January 26, adding that some other private and public organisations had also been licensed by the commission to provide NINs in order to address the crowds at the commission’s offices.

The report noted that some workers of the commission said on Tuesday, January 26, that the minister of communications and digital economy, Isa Pantami, had constituted a committee to address the demands of NIMC employees.

The workers had on January 7, protested against the poor welfare issues at the commission, but their strike was suspended after the intervention of the minister.

Aziz said mobile network operators had been empowered to also give the identity numbers in a response to an enquiry as regards to complaints by citizens and the crowds at the commission’s offices.

The government gave six weeks’ extension for subscribers without NIN from December 30, 2020, to February 9, 2021, but many organisations had called for a further deadline extension or outright suspension of the NIN registration process due to the large crowds who had yet to have their NINs.

Wow! This Tweet Of The Day Has My Favorite Food In It And I Like It [Photo]

At least 56 million Nigerians have registered for their National Identification Number. This was disclosed by the National Identity Management Commission [NIMC] through its Director-General, Prof Aziz Aliyu. He spoke on Monday at the launch of the batch 10 National Digital Economy Policy and Strategy [NDEPS] projects for Digital Economy, NAN reports. The event which […]