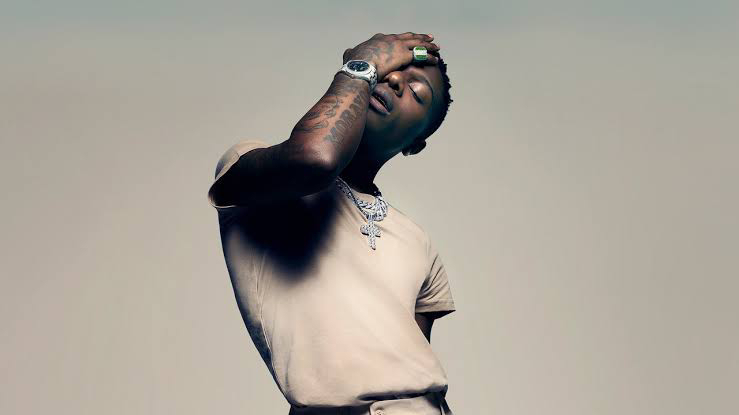 The sought after Wizkid‘s rare attention has been earned by a die-hard fan, after he tattooed the face of the popular Nigerian afrobeat singer on his arm.

The fan identified as @CruiseKingEOG had taken to his social media page and shared a picture and video clip of him rocking his newly drawn Starboy’s face on his arm.

While tagging Wizkid’s official Instagram handle to the post, the fan hailed him as his mentor with a heart emoji attached to it.

On seeing the post and the striking resemblance between the tattoo and his face, Wizkid headed to the fan’s comment section and commented with both love and his signature eagle emoji.

The ‘Damages” crooner has just signed a multi-million Naira deal with REEBOK. Reebok is a British company under Adidas that designs and manufactures athletic and casual footwear, apparel and accessories. Temilade will play a crucial role in promoting the brand’s expanding market on the African continent. This deal will make it the second International endorsement she […]

Since the start of this season, the Spanish Laliga giants FC Barcelona has been struggling to win matches despite sacking their Dutch manager Ronald Koeman after a disastrous time with the club. Barcelona who were held to a 3-3 draw last weekend by Celta Vigo, announced their former player Xavi Hernandez as their new manager. […]