Nigeria, like many other countries of the world, is experiencing the second wave of Coronavirus (COVID-19) pandemic. 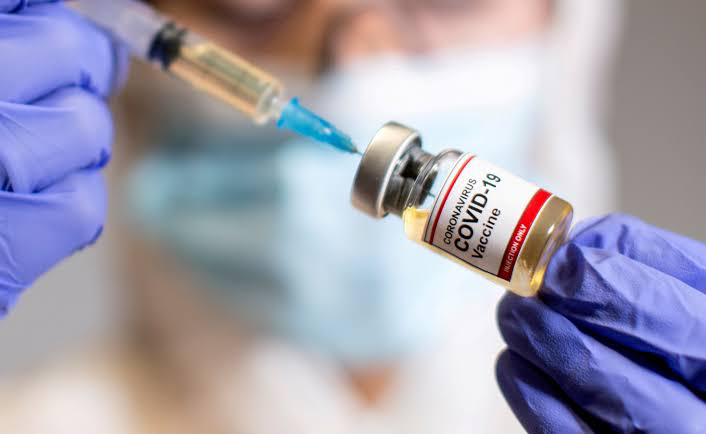 More and more people are getting infected by the day as the daily reports by the Nigeria Centre for Disease Control (NCDC) show. As at 2.41pm yesterday, the NCDC Coronavirus Microsite showed that Nigeria recorded 1,964 new cases last Thursday, which brought the total number of confirmed cases to 116,655 out of which 21,544 were still active. The website also indicated that the virus has killed 1,485 people in the country so far while there have been 93,626 recoveries.

The surge in the number of confirmed cases has put government hospitals approved to treat COVID-19 patients and isolation centres under pressure. Such facilities are reportedly overwhelmed presently amid paucity of some essential medical equipment like oxygen. Just last Thursday, the Minister of Finance, Zainab Ahmed, announced that President Muhammadu Buhari has approved N6.45 billion for the setting up of gas plants in 38 locations nationwide in a bid to enhance the treatment of COVID-19 patients who need oxygen.

As gloomy as the situation appears, majority of Nigerians still flagrantly disregard the World Health Organisation’s (WHO)-advised safety protocols of hand washing with soap and running water, physical distancing and wearing of face masks. And with government’s reluctance to order another lockdown, it seems the only hope left to stem the spread of the virus and save many lives is the mass vaccination of the citizens.

Nigeria is in the race to procure as many doses of any of the approved vaccines as possible. However, indications have emerged that it would not be an easy task. Richer countries have been employing all kinds of tactics to outwit each other and be able to procure enough doses of the vaccines for their citizens, which leaves Third World countries like Nigeria at the receiving end.

Last Wednesday, the WHO disclosed that the world was facing a severe shortage of vaccines against COVID-19, leading to inequalities among a number of countries in terms of access to the vaccines.

The WHO Representative to Russia, Melita Vujnovic, who made the disclosure had said: “Of course, the shortage of COVID-19 vaccines across the world is large … the vaccines are available in high-income countries, which leads to serious inequalities.”

Earlier in January, the Director General of the WHO, Tedros Ghebreyesus, slammed high-income countries for scooping up COVID-19 vaccines, and called for equitable distribution of the vaccines.

Ghebreyesus, who made the remarks while addressing a meeting of the committee on the functioning of the International Health Regulations, 2005, during the COVID-19 response, posted on the WHO website, had said the organisation had secured two billion doses of the COVID-19 vaccine, with a billion more in the pipeline and deliveries expected to begin next month.

According to him, ensuring that countries would have access to any COVID-19 vaccines was the promise of a global mechanism established last April, known as the COVAX Facility.

“The vaccines should be administered in every country as a symbol of hope for overcoming both the pandemic and the inequalities that lie at the root of so many global health challenges.

“Even as they speak the language of equitable access, some countries and companies continue to prioritise bilateral deals, going around COVAX, driving up prices and attempting to jump to the front of the queue. This is wrong,” he noted.

Ghebreyesus had added that most manufacturers had also prioritised regulatory approval in rich countries where profits were higher, rather than submitting their dossiers to the WHO for pre-qualification.

“This could delay COVAX deliveries and create exactly the scenario COVAX was designed to avoid, with hoarding, a chaotic market, an uncoordinated response and continued social and economic disruptions. Not only does this me-first approach leave the world’s poorest and most vulnerable people at risk, it’s also self-defeating”, the WHO DG warned.

Nonetheless, even if the Federal Government succeeds in procuring enough doses of the vaccines in the coming weeks, getting Nigerians to be immunised given growing skepticisms about the realness of COVID-19 and the vaccines, would pose another challenge. Many Nigerians, including the elite, still do not believe that COVID-19 is real likewise the vaccines manufactured to ward off the virus.

For instance, in a video widely circulating on Facebook since Sunday, January 17, 2021, Kogi State Governor, Yahaya Bello, could be seen discouraging his supporters from taking the vaccines. His words: “They want to use the (COVID-19) vaccines to introduce the disease that will kill you and us. God forbid! These vaccines are being produced in less than one year of COVID-19. There is no vaccine yet for HIV, malaria, cancer and for several diseases that are killing us… We should draw our minds back to what happened in Kano during the polio vaccines that crippled and killed our children. We have learned our lessons.

Sunday Igboho: You Cannot Threaten Or Arrest Me [Video]

Joe Biden, president of the United States of America; said on Tuesday [Local Time] that China has a “real problem” with the Taliban, and thus he has reason to believe that Beijing will work out “some arrangement” with the new rulers in Afghanistan.   When asked about the Taliban getting funding from China; Biden responded […]

The Rave of the moment and one of the industry’s finest singer, Fireboy DML who is still basking in the success of his recent hit, Peru has dropped his much anticipated single which was titled “Playboy” and it’s set to take over charts as his previous hits has did. Production credit goes to Bizzou. Download […]