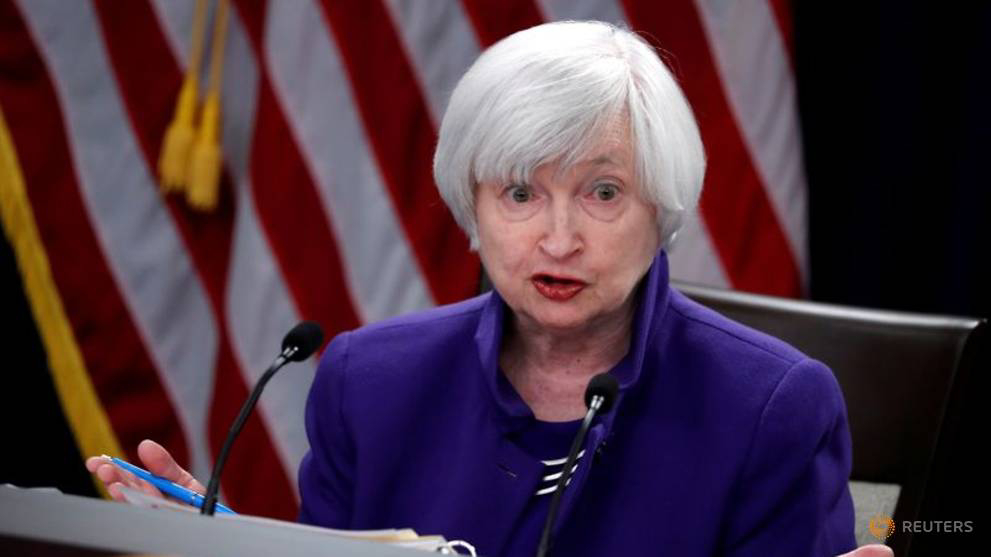 In more than three hours of confirmation hearing testimony, the former Federal Reserve chair laid out a vision of a more muscular Treasury; that would act aggressively to reduce economic inequality, fight climate change and counter China’s unfair trade and subsidy practices.

Taxes on corporations and the wealthy will eventually need to rise to help finance Biden’s ambitious plans for investing in infrastructure; research and development and worker training to improve the U.S. economy’s competitiveness, she told lawmakers.

But that would only come after reining in the pandemic, which has killed over 400,000, and the economic devastation it brought.

Yellen, who spoke by video link, said her task as Treasury chief will be to help Americans endure the final months; of the coronavirus pandemic as the population is vaccinated, and rebuild the U.S. economy to make it more competitive and create more prosperity and more jobs.

“Without further action we risk a longer, more painful recession now and longer-term scarring of the economy later,” she said.

Yellen said that pandemic relief would take priority over tax increases, but said that corporations and the wealthy; which both benefited from 2017 Republican tax cuts “need to pay their fair share.”

She raised eyebrows of some senators and Wall Street when she said that Treasury would consider the possibility of taxing unrealized capital gains; – through a “mark-to-market” mechanism – as well as other approaches to boost revenues.

She also that the value of the dollar should be determined by markets; a break from departing President Donald Trump’s desire for a weaker U.S. currency.

“The United States does not seek a weaker currency to gain competitive advantage; and we should oppose attempts by other countries to do so,” she said.

Wall Street stocks rose on Tuesday in reaction to Yellen’s call for a hefty stimulus package; as well as to positive bank earnings updates.

Oil prices also rose, while Treasury yields fell slightly on her comments that parts of the 2017 tax reform should be repealed.

Biden, who will be sworn into office on Wednesday, outlined a $1.9 trillion stimulus package proposal last week; saying bold investment was needed to jump-start the economy and accelerate the distribution of vaccines to bring the virus under control.

Asked what outlays would provide the biggest “bang for the buck;” Yellen said spending on public health and widespread vaccinations was the first step.

Extended unemployment and nutrition aid, better known as food stamps, should be next, she said.

“Neither the president-elect, nor I, propose this relief package without an appreciation for the country’s debt burden. But right now; with interest rates at historic lows, the smartest thing we can do is act big,” Yellen told the Senate Finance Committee.

She said even though the amount of debt relative to the economy has risen; the interest burden – the amount the Treasury pays to service its debt has not, due to lower interest rates.

She said she will watch that metric closely as the economy recovers.

Yellen called climate change an “existential threat” to the U.S. economy and said she would appoint a senior official at Treasury; to oversee the issue and assess systemic risks it poses to the financial system.

Yellen said China was the most important strategic competitor of the United States; and underscored the determination of the Biden administration to crack down on what she called China’s “abusive, unfair and illegal practices.”

Asked whether China had committed “genocide” in its treatment of Muslim Uighurs as the Trump administration declared in a last-minute proclamation; Yellen said China is “guilty of horrendous human rights abuses, yes.”

Democrats will take over Senate committees, including Finance.

Republican Senator Mike Crapo said he would work towards an “expeditious” confirmation for Yellen.

She also received the endorsement of all former Treasury secretaries, from George Schultz to Jack Lew; who urged senators in a letter to swiftly confirm Yellen’s nomination to avoid “setting back recovery efforts.”

A spokeswoman for Treasury Secretary Steven Mnuchin, who steps down on Wednesday, did not respond to a request for comment.

What’s Your Take On This Tweet Of The Day, An Inspiring One To Me [Must See]

The Former Governor of Bayelsa State Senator Seriake Dickson on Monday May 24 held a conversation ; ‘Tweet Meet’ with Young Journalists and prominent Influencers from different parts of the country. Senator Seriake Dickson while speaking on his stand on topical issues bedeviling the country ranging from the state of the Economy, to the problem […]