The Nobel Laureate, Prof. Wole Soyinka has said that no part of the statement made by the Bishop, Catholic Diocese of Sokoto, Mathew Hassan Kukah against President Muhammadu Buhari was to criticize Islam. 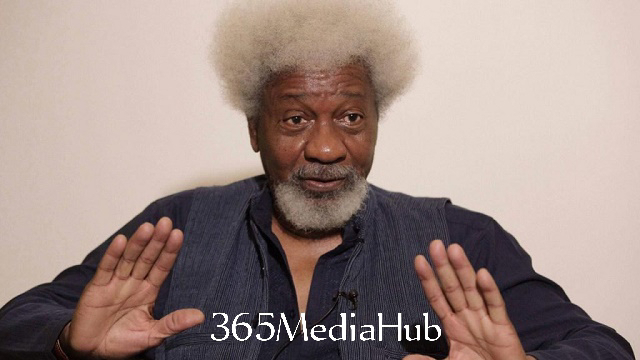 In a statement on Monday, Soyinka, said that the calls by some Muslims fanatics that he (Kukah) should apologise or leave Sokoto were unacceptable.

“it should not come as a surprise that a section of the Islamic community, not only claimed to have found offence in Father Kukah’s New Year address, “what is bothersome, even unwholesome, is the embedded threat to storm his ‘Capitol’ and eject him, simply for ‘speaking in tongues’”.

“Any pluralistic society must emphatically declare such a response unacceptable.

“On a personal note, I have studied the transcript as reported in the media and found nothing in it that denigrates Islam but then, I must confess, I am not among the most religion besotted inhabitants of the globe.

“That, I have been told, disqualifies me from even commenting on the subject and, quite frankly, I wish that were indeed the case.

“Life would far less be complicated. However, the reverse position does not seem to be adopted by such religionists in a spirit of equity. They do not hesitate to intervene; indeed some consider themselves divinely empowered to intervene, even dictate in secular life.”

“let no one be in any doubt that some of the most extreme of the violent forces that recently assaulted her governance citadel were sprung from religious and quasi-religious affirmations, a condition that still enabled many of them to be brainwashed into accepting literally, and uncritically, indeed as gospel truth, any pronouncement, however outrageous and improbable, that emerged from their leadership.

“As usual, we have not lacked, within our own distanced environment, advocates who, even till recently, claimed to have seen in their vision, the triumph of God’s own anointed in the electoral contest of that same United States.

They have been specific in their prophecy that what was denied at the ballot box would be restored in the law courts.

And to set a divine seal on the matter, were not our streets in a part of this nation actually inundated by religious processions in support of the candidacy of their supposed Messiah, named Donald Trump? They had conferred on him the mantle of upholder of Christian values, endangered by satanic practices in, of all places, a nation designated as – God’s own Country!”

“Of course, not all such tendencies represent the true face of any professed religion, we need only remark that all religions are plagued by a lunatic fringe. In this nation, we have learnt the painful way what such inbred loonies are capable of.

“Thus, extreme care, and historic awareness, should be taken in imputing any act or pronouncement as an attack on faith. At base, competitors for recognition as first-line defenders of the ramparts of religiosity are often motivated by non-religious agenda, which is yet another reason for the exercise of restraint and collective responsibility.

“What is Father Kukah saying? Simply what observant and concerned citizens of United States society recently remarked. The conduct of the US security forces, when confronted by peaceful protesters during the BLACK LIVES MATTER movement, was vastly different from that of the same security agencies when a predominantly white mob invaded its seat of government, thrashed it and hunted down a people’s elected representatives, rampaging for hours before they were finally escorted out.

“Such a contrast goes to the heart of the nation being and poses a real and urgent danger. That accusation has been voiced by both sides of the color divide and across class divisions. Again and again, the warning was loudly voiced, it was unheeded. We remain fools if we fail to learn from the costly complacencies of others.”

“One fails to understand why religion is being sprung center stage as a legitimate extract from that New Year address.

“There is a deliberate, emotive displacement of central concern. It is calculated avoidance, diversionary, and thus, nationally unhealthy. Humans should not attempt to play ostrich.”

BREAKING: US Capital On Lockdown Over External Security Threat, Smoke And Emergency Announcements