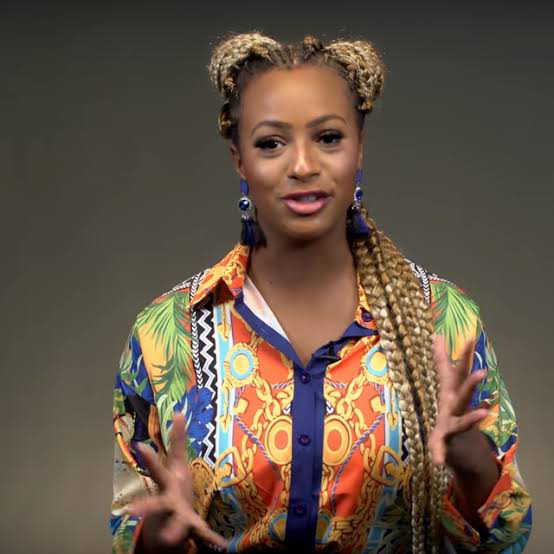 The #BussItChallenge is a short video usually around 15 seconds that involves a person looking untidy transform into a beautiful version of themselves while shaking their behind.

According to DJ Cuppy who recently made it to a Forbes magazine publication noted that her parents’ opinion of such video is stopping her from joining in.

In a tweet, Cuppy wrote, “I am TEMPTED to try the #BussItChallenge” 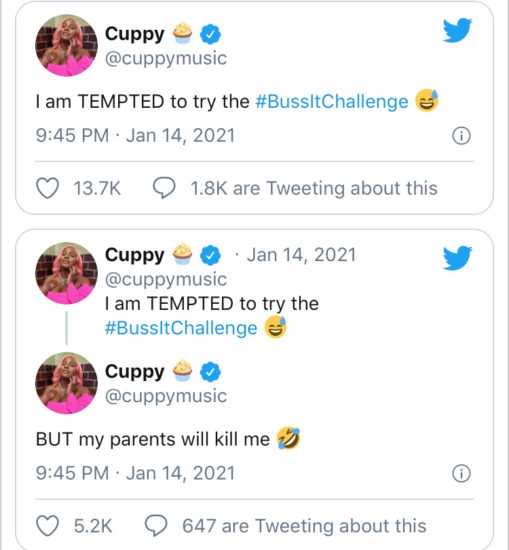 DJ Cuppy has teamed up with fellow industry mate, Rema & Rayvanny for a new hot collaboration which is presently gaining enough hits and plays globally and this new one is tagged “Jollof On The Jet”. The music production credit goes to DJ Cuppy, enjoy both the full music and visuals below, enjoy and also […]

Nigerian disc jockey and Producer DJ Cuppy recently took to her Twitter to list the profits of dating her. DJ Cuppy, who disclosed she had stopped drinking as she began classes at Oxford University and is known for her entertaining stunts on social media, made the tweet, which got lots of attention and reactions. According to the […]

“Wealth Does Not Guarantee Happiness Or Peace Of Mind” – DJ Cuppy

Billionaire daughter and popular disk jockey, Florence Otedola aka DJ Cuppy has said that having access to wealth does not guarantee happiness or peace of mind, 365MediaHub reports. The 29-year-old artiste who is currently studying at the Oxford University stated this via Twitter while responding to a fan after an Instagram live session with BBNaija’s […]