The Academic Staff Union Of Universities [ASUU] has threatened to commence a fresh strike action next week if the federal government fails to fulfil its own part of the agreement reached in December, 2020. 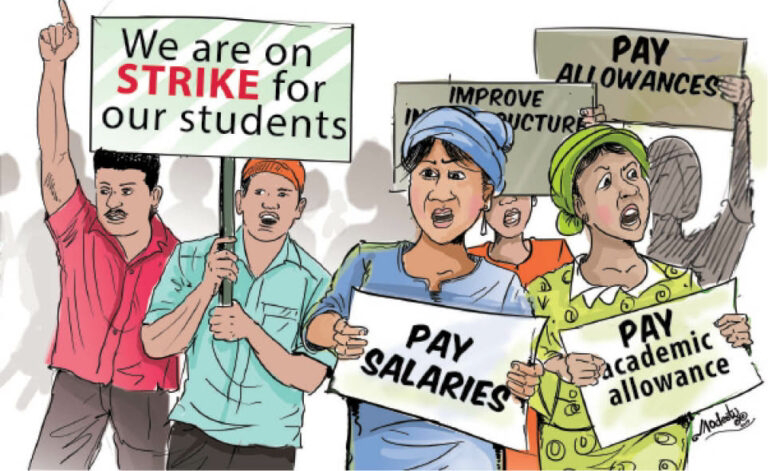 In a tweet on Monday evening, ASUU said: “FG fails to meet our Demand, Fresh Strike may begins next week.”

In another tweet on Tuesday morning, ASUU urged the government to honour the agreement reached on December 23.

The leadership of ASUU said it was awaiting the release of the N40 billion earned allowance the federal government promised the union, 12 days after it called off the nine-month strike.

The government, it said, had also failed to continue payment of the withheld salaries of its members that were not enrolled on the controversial Integrated Personnel and Payroll Information System (IPPIS) after paying two months in December.

ASUU called off its strike on December 23, 2020, after a new deal with the government team, led by Labour and Employment Minster Chris Ngige, on December 22.

According to the Memorandum of Action signed between the government and ASUU leadership at the meeting on December 22, the federal government agreed to release N40 billion to ASUU as earned allowance on or before December 31, 2020.

The government, through the Office of the Accountant-General of the Federation, was also supposed to continue the payment of the withheld salaries of the union members after Ngige got a special waiver from President Muhammadu Buhari to that effect.

But ASUU said, in Abuja, that the government had missed two timelines in the December 22, 2020 MoA with the failure to pay the N40 billion EAA and another tranche of the withheld four months salaries.

Aww! Quickly Check Out This Informative Tweet Of The Day

Mali, ranked 10th in Africa, are among eight countries who have been barred from hosting 2022 World Cup qualifiers next month after failing Confederation of African Football (CAF) venue inspections. Other nations who must use a neutral ground for a home fixture between September 1-8 are Burkina Faso, Central African Republic, Djibouti, Guinea-Bissau, Malawi, Namibia […]

Afro Music Songstress, Omawumi has Officially dropped a new music video for her latest collaboration music which has rapper Phyno featured in it. Visuals for “My Life” was well directed by Fizzle & Brizzle. Enjoy and share! Please follow and like us: